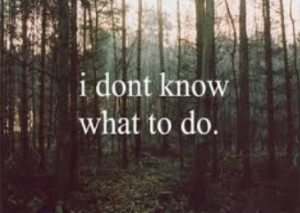 Having no pre-arrangements puts the consumer in a vulnerable position and at a serious disadvantage as a consumer. Those consumers who have pre-need arrangements typically spend less and get more for their money spent. Commonly, a client with no pre-arrangements made, walks in to the funeral home for an arrangement conference (at the time of death) and their first question is “what am I supposed to do?” You can almost see the delight of certain funeral directors as they restrain themselves from shouting “Jackpot!” Of course, there are many funeral directors who do not take advantage of such a situation, but how does one know? Educated, informed consumers make the best choices and decisions with their money.

One of the most loving things you can do for your loved ones, especially those who are aging or ill, is to bring up the topic of final arrangements. Do it gently. It’s not a sign of giving up hope, of hurrying or inviting death, or not caring, it’s a sign of love, concern, preparation and an offer of help. When someone is aging or ill, we make plans. We make plans to bring them home from a hospital stay. We make plans to help them move to a retirement community. We make plans to move aging parents closer to children. We make plan to down-size and make home maintenance easier. Yet, the one event that no one will avoid, that will eventually come and that will cost of thousands of dollars, we fail to plan for.

The conversation may be difficult initially, but usually is finished with relief and understanding. Families who have had the discussion about final arrangements are so very glad they had the conversation when they are making their loved ones arrangements at the time of death. Show your love and concern by visiting with your loved ones today. Don’t put them in the difficult position of not knowing what to do.